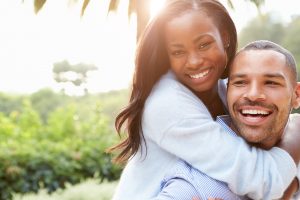 You love your husband.

And he loves you. Your relationship is good.

Most of the time.

But do you wish he’d be more affectionate? Perhaps a kiss on his way out, a compliment on your new haircut. Or holding your hand while watching TV.

Do you wonder why he can’t ask you: “How did that meeting go today?” or “How was your doctor‘s appointment?”

You’d love to get a word of appreciation for keeping the house clean and cozy. Or get a helping hand to tidy up the kitchen. After all, you help him in the garden, don’t you?

You tell yourself: “It’s not a big deal. Isn’t that how men are? Their brains work differently.”

Maybe. But a sense of unease nibbles at your self-confidence. Is something missing in your relationship?

Are You Losing Connection?

Sometimes you lose patience and remind him about hugging you or about leaving his dirty shoes at the door. To no effect. Until you explode: “I’ve told you a hundred times!”

What’s important to you is not necessarily important to him. And it’s difficult to give something you don’t want for yourself. Haven’t you noticed?

It’s like a hiccupping connection between your cell phones. You tell him you need more affection. He hears criticism. He feels you blame him for not being good enough. He feels it’s his fault you are unhappy. He failed you. 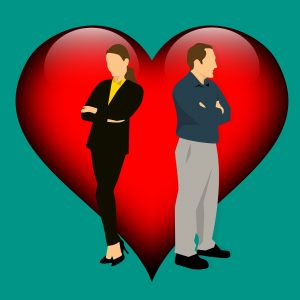 A downward spiral of negative communication has begun. You tell him how bitterly disappointed you are; he withdraws. You pursue; he gets annoyed. You feel hurt and leave him alone. Silence falls.

The distance between you grows. Precisely the opposite of what you’re longing for, isn’t it?

Negative communication kills intimacy in a couple, according to research.

Believe me, I know.

I’ve learned the bitter truth from my parents’ relationship. Nagging, blaming, and criticizing. Shaming, belittling, and playing silent games. I saw how it destroyed their relationship. And my father’s health.

Dreaming of a Wedding

Annette is a good friend of mine. She and Dan have been living together for nearly two decades. Getting married wasn’t an issue until Annette’s parents died. Having a family of her own became crucial to her.

A kick-ass problem-solver, Annette moves toward her goals with tremendous power. But sometimes it backfires.

Whenever Dan asked her something, she’d remind him curtly of the marriage application. Their relationship became frosty. That’s when she called me.

Dan, stubborn as a mule, would rather leave Annette than surrender. Here‘s what I told her: “Dan knows what you want. He knows where the papers are. Back off!”

Though astonished, she followed my advice. 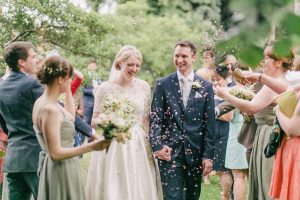 Two months later, Dan asked her to marry him. That summer, I was throwing rice at their wedding.

When you try something for a while, and it doesn’t work, try something new. Leave your man alone for once. He might be so relieved that he fulfills your desire of his own, free will.

You might ask: Why on earth would he do that?

First of all, you finally gave him a choice – either to give or not. Nagging is about your will and your attempt to control. Now he feels free to do as he pleases. Secondly, you showed your trust in him to do his best.

And If He Chooses Not To?

You might be thinking: “Yes, well, it’s all very nice. But what if he doesn’t? What do I do then?”

If your frustration doesn’t lessen, you might want to try what I did.

My husband is a smoker. It bothered me a lot. But he couldn’t or didn’t want to give up smoking.

I approached him at a moment of closeness: “Love, I want to tell you something. And I don’t want you to do anything about it. I’m not trying to manipulate you or get you to change. I just want you to listen. See if you can understand me a little better. Is that ok with you?”

“Thanks… You see, I was thinking about the smoking issue. And I realized that I was demanding and controlling. Sorry about that. I want you to know the main reason for my behavior. I love you so much, and I don’t want to lose you”. (Both his parents died of cancer.) 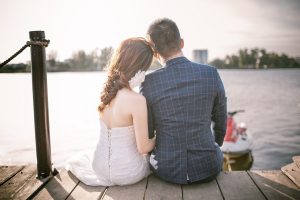 He didn’t give up on smoking, which I accepted as a part of him. But ever since he smokes less. And never indoors.

Learn to Be Happy Together

“A relationship is two people, and they both contribute.” – Dr. John Gray.

We all make mistakes. We’re different, and we want other things in life.

We have a hard time understanding one other, and we struggle to solve our problems.

How on earth can we be happy together?

A good relationship is not about changing your partner. It’s about acceptance, friendship, and positive emotional flow. It’s about inspiring him to be on the same wave and to appreciate your emotional needs.

Communicate from a place of love. Learn to be assertive and how to make requests. Trust yourself and your partner, and give him space.

And above all, stop doing what makes you and your partner unhappy.