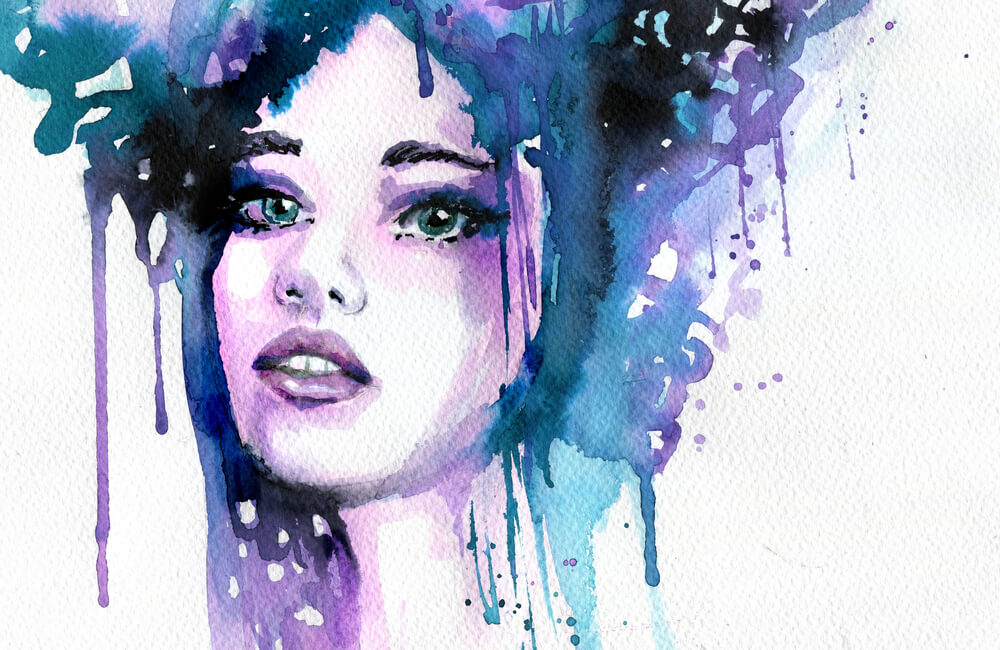 “If I’m honest I have to tell you I still
read fairy-tales and I like them best of all.”
~ Audrey Hepburn

Ones upon a time, there was a little girl.
Her laughter was like a chime of tiny crystal bells. Her smile could brighten the darkest night.

She was born on a mild winter day in the Kingdom of Cold.

They named her Crystal.

Her mother had a frozen heart. People said that the Snow Queen was her grand-grand-grandmother. 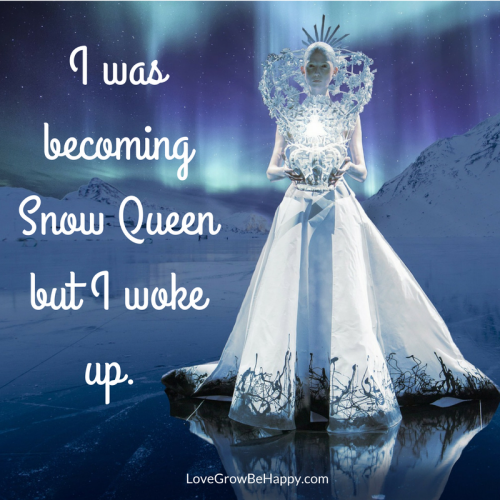 Crystal’s father was a soft, kind man. His heart was warm but broken. His body: frozen with sadness.

Nothing Father or Crystal ever did was good enough for Mother. Only her feelings mattered. Only her wishes were important, and only her opinions were right.

Never happy herself, she chilled everybody’s hearts until they froze in anguish. No one was allowed happiness.

Angry with her mother for breaking Father’s heart, Crystal became adamant to keep her own heart safe.

She bent under her mother’s ruthless pressure.

But she didn’t break.

Crystal could find beauty everywhere, even in that cold, unfriendly world of hers–in curlicues of snowflakes sparkling on her clothes. In dazzling glaciers and in a fairy of lights flashing in the deep, dark sky. In the eyes of her father. 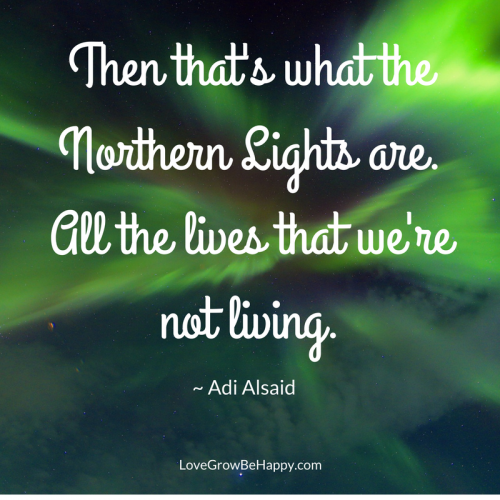 She liked to sit on the edge of a mighty ice rock shaped like a polar bear laid down to rest. She would sit there thinking and daydreaming. Sometimes wondering if there were other worlds like hers or another little girl feeling, thinking, and dreaming just like her?

But one question had frightened Crystal since she could remember: “Will I be like my mother when I grow up?”

“Your tears might turn into ice droplets like your mother’s,” Father told her once, “but your heart is warm. It’s up to you who you want to become. You’re free to choose your path.” 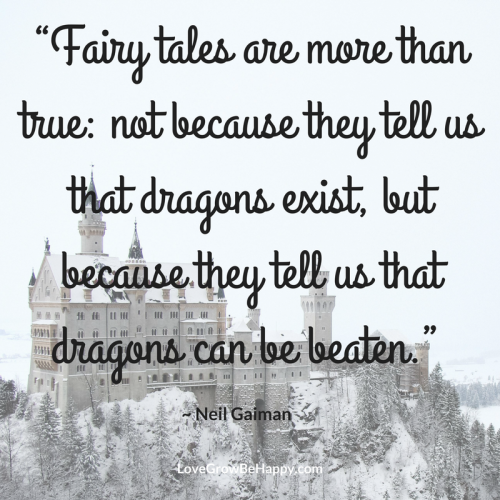 For her seventh birthday, Father gave Crystal a Magic Snowball. They loved sitting together on the floor gazing at a kaleidoscope of the scenes unfolding in her Snowball. Mesmerised by the Forbidden World where people happily smiled, had fun and enjoyed themselves.

Crystal grew up into a lovely young woman with a mind of her own. Shy but strong, with a fierce desire to find freedom.

One day, when the air was shivering with cold, Mother sent Father and Crystal to the western border of the Kingdom. There was a gap in the Great Icicle Wall, she was told.

“Find and fix it at any cost,” Mother commanded before she turned away and disappeared behind a mighty monument of her grand-grand-grandmother.

The Wall, shielding the Kingdom of Cold from the rest of the world, was huge. Giant icicles stood closely nestled against each other, their tops puncturing the skies. Leaving no chance for anyone to pick at what was behind. 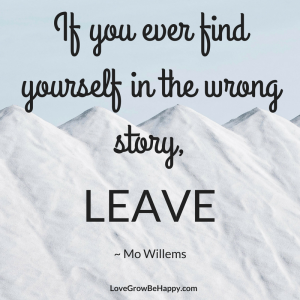 They couldn’t see any damage until a straw of a golden light caught Crystal’s eye. It was coming through a little gap at the bottom of a crooked icicle big enough for a person to squeeze through.

For a moment, father and daughter looked silently at each other.

But he pushed her toward the gap: “Too late for me, love. Besides, your mother needs me more than even now.”

Bewildered, Crystal slipped through the gap into the unknown.

Sweet and Sour Taste of Freedom

Everything in that new world looked, smelled, even felt different to Crystal. Weird animals with patchy shiny skins moved slowly around, picking something at their thin feet. They looked cute, Crystal thought.

The air was thick with smells she didn’t recognise. People were curious but kind, and willing to help.

In the mornings, they ate white fluffy things covered with crispy crusts. She loved them from the first bite.

Days passed. Then weeks, months and years. She fell in love with a quiet, kind man who reminded her of Father. They married and had a son. 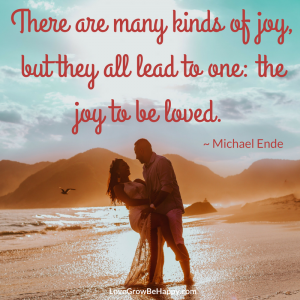 Crystal loved her new life, but she worried about her Father. Was he well? She missed him, and snow, and Magic Lights in the sky. And she missed something else she couldn’t yet understand, but it was clenching her aching heart.

One sleepless night, she got out of bed and went outside. The sky was sparkling with myriads of stars–dazzling hot but so far away that their light felt cold.

One star was different though. Its light was dim but warm and softer than the others. 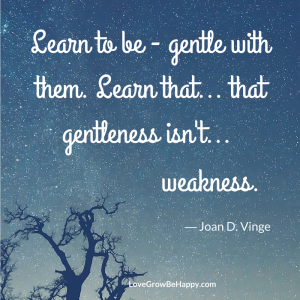 Suddenly, it flared up and disappeared into the darkness.

Crystal knew that her father was no more.

Live With No Regrets

She pressed hands to her face to stop tears from running, but they oozed between her fingers dropping softly to the ground.

Astonished, Crystal looked at her hands. Not the usual ice droplets–living lights were twinkling in her palms and down at her feet.

“I’m so proud of you, child!” she heard Father’s voice.

Bewildered, Crystal looked into the dark.

“Father?” she asked the empty air around her.

“Stop worrying about me, love. The choice was mine. Let the past go. And remember, I always will be looking after you…”

“And after your mother. I love you both.”

Gently, Crystal carried the lights home. She placed her hands into her husband’s tenderly, and the moment they touched, the lights shot up into the air, showering them with a rain of glimmering sparks. 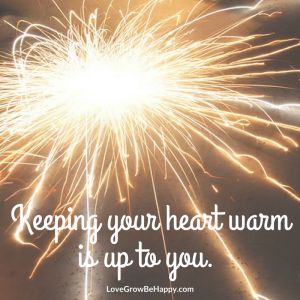 Crystal felt as if a smoky veil dissolved in front of her eyes, opening another dimension she didn’t remember seeing before. Everything around her looked brighter, more real and alive than ever.

A sense of belonging embraced Crystal, filling her heart with awe.

“I love you,” her husband said, holding her tight to his chest.

Your mother might have a frozen heart. You don’t.

She doesn’t define who you are. You do.

Find love your mother couldn’t give you, inside yourself, and people with warm hearts will find you.

Need help? Write to me. I answer all emails.